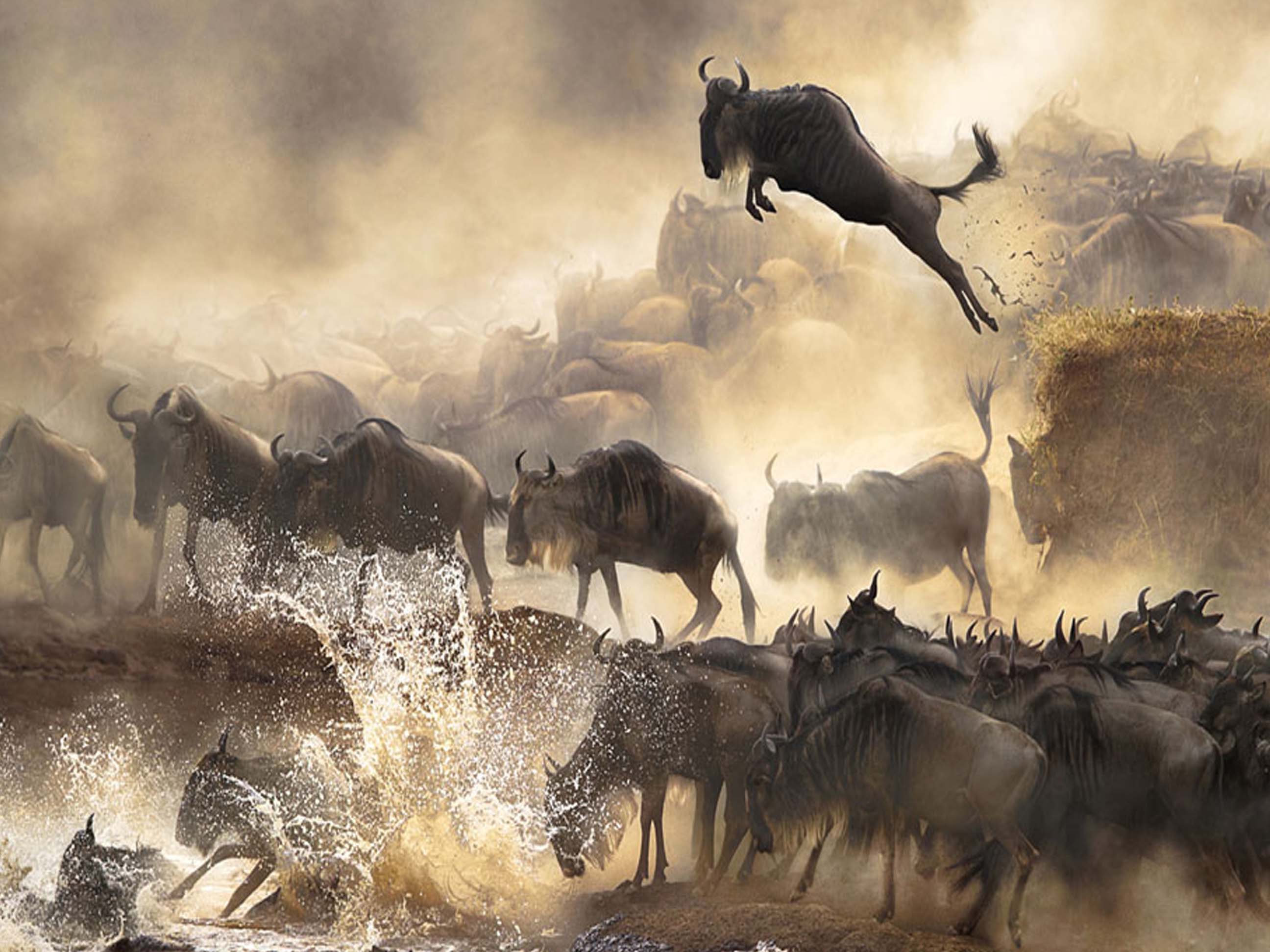 The park covers 14,763 sq km of endless rolling plains, which reach up to the Kenyan border and extends almost to Lake Victoria. The park is flourishing with magnificent wildlife. An estimated 3 million large animals roam the plains. People of the Maasai Tribe called it Siringitu - 'the place where the land moves on forever.' The Serengeti is known as one of the best wildlife sanctuary in the world.