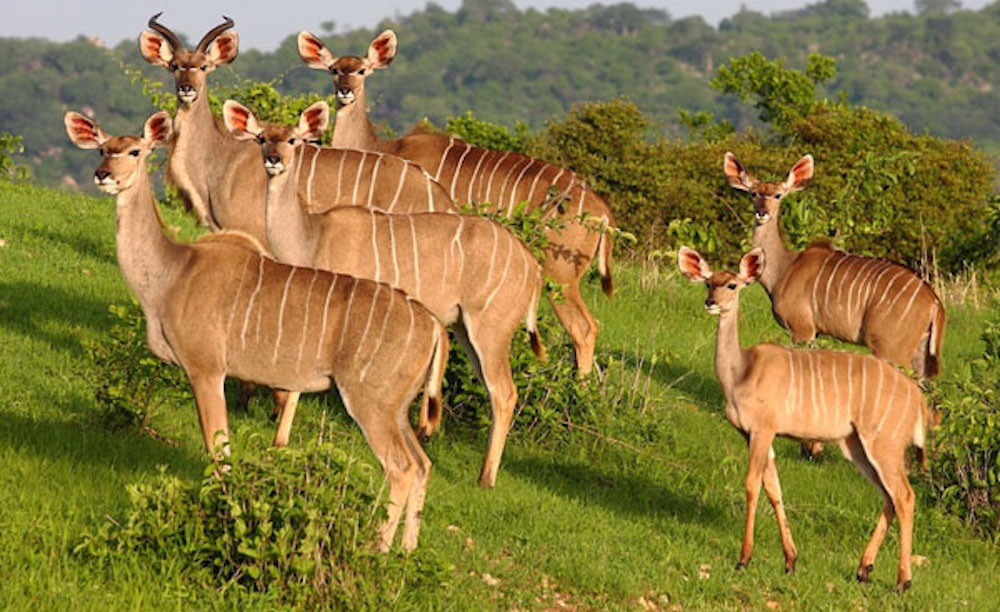 Tanzania’s second-largest national park after the Serengeti, Ruaha National Park is a remote bastion of spectacular wilderness, undisturbed wildlife, and breathtaking scenery. With herds of more than 10,000 elephants, vast concentrations of buffalo, gazelle, and over 400 bird species, Ruaha’s limitless wilderness, together with the surrounding game reserves of Rungwa and Kisigo -- stretches over 40,000 square kilometres. Elephants are found in some of the highest concentration in the country, travelling in matriarch-lead herds through ancient grazing lands and seasonal supplies of water.

The Great Ruaha River is the main feature of the park, and meanders through its borders. On its banks, the game viewing is spectacular, whether done by land or by water. Hippos yawn under the midday sun and crocodiles lie lazily along the banks. Fish eagles dive and swoop along the riverbanks, and at night the sound of frogs croaking happily in the reeds extends across the hills and plains. Boating safaris are starting to gain in popularity, and provide a popular alternative to viewing the area by car.

Most of the national park is located on the top of a 900 metre plateau whose ripples of hills, valleys, and plains makes the game viewing topography beautifully unique. Small mountains run along the southwest borders of the park and their tree-covered slopes are visible in the distance. During the rainy seasons, dry river beds swell with the biannual deluge and within days, a thin coat of green covers all the land in sight.

Because of its rather remote location, Ruaha National Park is largely unexplored. Because of this, a safari to the national park often has the feel of a private adventure and an unique experience. For the intrepid wilderness lover and the avid safari explorer, a trip to Ruaha is uniquely rewarding and a perfect piece of